Is match-fixing a thing in modern-day football? 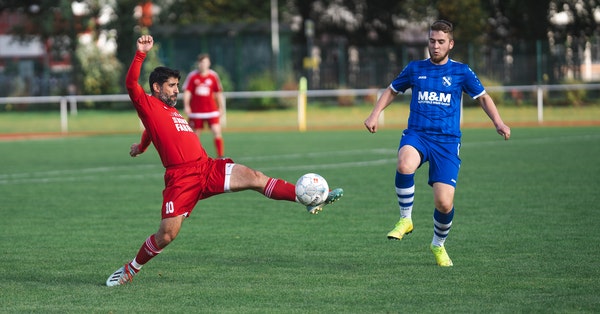 There was a time when footballers earned so little from their careers. As a result, there were cases where footballers took bribes to make deliberate mistakes that would turn the tide in a match.

Currently, players in the top leagues around the world are so well-paid that it would be almost impossible to throw away a match in exchange for money.

Who benefits from match-fixing

Fixing a match in modern football would be a tall order as it would have to involve so many parties.

Coaches, players, the referee among other officials would all have to coordinate to make fixing a football match possible. Each of these parties will want to profit which makes it a complex process.

In the 90s and before and some times in the recent past, there have been claims of match-fixing in the footballing world some of which were even caught.

These cases usually involved huge sums of cash which makes you wonder how much one would need to be able to fix a match in the current state of affairs.

However, match-fixing still happens on a small scale mostly in third-world countries whose leagues don’t have much influence on global football.

To fix a match, a fixer would have to talk to different players. For instance, a goalkeeper would be instructed to make costly errors or a striker would deliberately miss open scoring opportunities.

This tactic may sound easy but it only gets complicated as managers could easily swap out fishy players.

The fact that modern-day football allows up to six substitutions in a match complicates match-fixing endeavors even further.

Bribing the referee is another way of fixing a match. However, you’d also have to take care of three other match officials (linesmen and the fourth official).

To make fixing even harder, there’s no way to bribe the ultimate referee in the shape of VAR (Virtual Assistant Referee).

This technology has made some critical decisions in the modern game.

With all these obstacles in the path of any football-fixing plot, I would confidently say that match-fixing is impossible in the big leagues.

Two-player sports like tennis are usually a headache for betting companies/bookmakers since fixing is much easier unlike in games with many players like football.

In such games, betting companies have algorithms in place to monitor any shady patterns that may suggest match-fixing.

By employing artificial intelligence, the betting companies may instantly shut down any games suspected of cheating on their betting platforms.

Such prompt actions minimize the chances of match-fixers making significant profits from the fixed matches.

Also, match-fixers can easily be traced if they are successful thanks to modern-day technology.

As stated earlier in this post, fixing a football match is almost impossible.

However, to further clamp down on match-fixing, betting companies are working alongside footballing bodies to ensure no professional footballer is involved in betting or any other gambling activities pertaining to football.

Besides having betting restrictions imposed on them, footballers are also not allowed to share any information with even friends and relatives that may allow them to reap profits from betting.

Professional footballers who break any of these rules are subject to huge fines, bans, or even a permanent end to their profession.

How match-fixing can affect your sports betting activities

From all the possibilities I’ve mentioned, match-fixing isn’t something you need to worry about as you bet on football.

Perform your usual analysis and place the bets that you feel are most likely to make you some money.

Modern football pays well and no parties can easily be tempted by match-fixers to do anything that may change the outcome of a game.

Professional tipsters are proof that match-fixing is not a thing in football since their tactics and detailed analysis usually result in profits in a significant number of cases.

Never overthink while betting, trust your instincts and stick to the strategy that usually works for you.

If for some reason you believe there is match-fixing in football, then you might as well stop betting.

Such thoughts will derail your analysis and result in you losing your money almost every time you bet on football matches.

Match-fixing in football would have to involve many moving parts making thus discouraging match-fixers.

The more the parties involved in a match-fixing scheme the higher the risk of exposure and the lesser the number of profits to be made.

In this regard, match-fixing in football is not something you should worry about.

If you found this post interesting, feel free to leave your thoughts in the comments section below.

Photo by Omar Ramadan from Pexels