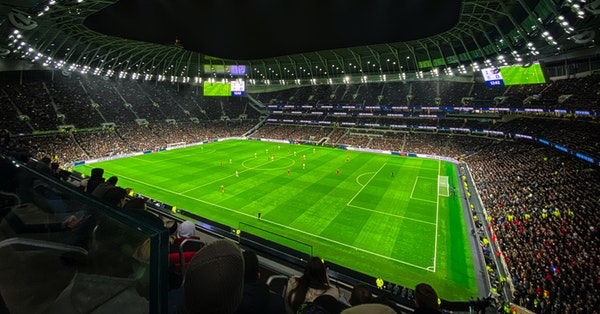 The next English Premier League season is just around the corner, slated to start on August 14, 2021. 20 teams will face off against each other as usual in a total of 10 games.

Here’s a list of all the matches to be played on Matchday 1 of the upcoming English Premier League;

So far, Chelsea has had the most promising pre-season campaign compared to the other big five teams. This comes against the backdrop of lifting the Champions League trophy not so long ago.

Chelsea will have a steep mountain to scale in the first five games. The West London club will face three of the big five clubs in the early season fixtures (Arsenal, Liverpool, and Manchester City).

It is worth noting that a few days before the EPL season begins, The Blues will fight it out against European powerhouse Villareal for the UEFA Super Cup on August 11, 2021.

Can Chelsea survive these tough fixtures?

Yes, they can. Last season, Chelsea was able to slay all European giants to become the current Champion League defending champions.

Five tough games would just be a walk in the park for them given the quality and depth of their current squad. They were also able to beat Leicester and Manchester City back to back in the FA Cup and Champions League respectively.

I’d expect Chelsea to beat Crystal Palace having beaten the latter resoundingly in both legs last season scoring four goals in each match. Problems might start in the subsequent fixtures starting with a London Derby against Arsenal.

Arsenal are no pushovers but Chelsea might easily run away with this one given their current form and squad depth. This might happen despite having lost their last three outings against their London rivals.

The fourth time has to be a charm for Chelsea to boost their confidence, which will be greatly needed to come out on top in the next fixtures.

Also, Arsenal is the weakest team among the big five clubs at the moment. 2 goals and a clean sheet in Chelsea’s favor is my prediction.

Both teams will score but Liverpool is the favorite here since they came out on top by winning two of their last three meetings. A mouth-watering clash pitting two former Borussia Dortmund managers against each other.

Most of Liverpool’s injured star players returning will be a huge confidence boost for The Reds.

Squad quality and preparations will be the key factors here and Chelsea will use this game as a confidence booster before facing off against Manchester Blues.

However, Aston Villa has made some new signings and the fact that they earned a draw and win in their last three encounters against the Blues is a warning sign to the latter.

The last three matches against the two London clubs ended in a win for each and a draw. It would be a mouth-watering fixture for neutrals and anything is possible with this kind of match.

As a sports bettor, I would shy away from this one and live to bet another day.

Prediction: Just sit back and enjoy the game!

However, Chelsea’s performance in this match will most likely be determined by how they perform against Tottenham. There is a high chance for a draw since the Blue outfits are arguably two of the strongest squads in Europe.

Winning all of them would be a tall order but if they manage to pull it off – it would come as a huge statement to all opponents.

Chelsea is among the favourites to win the 2021/2022 EPL season and the first five fixtures might be a huge factor in their campaign towards glory.

From my predictions, The Blues might come out with three victories in the first five fixtures. Could be more or less – who knows.

Regardless of the outcome, I think they’ll still be in the title race late into the second half of the season.