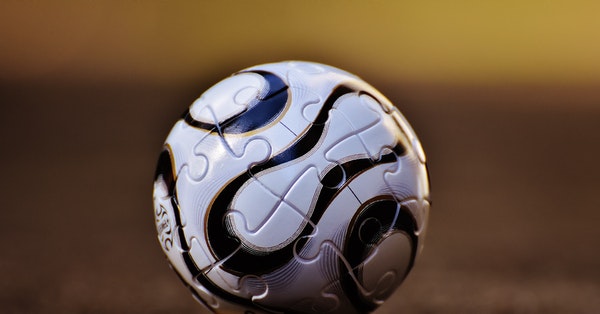 The World Cup is the most prestigious event in the sports world where 32 nations fight it out for the ultimate prize in the footballing world.

It is a competition known for uniting the planet with a high level of competition from all teams that would be pleasing to any football fanatic.

After an exciting Euros in 2021, teams will be looking forward to preparing for the World Cup tournament starting end of 2022 in Qatar.

Who are the favorites to win the 2022 World Cup?

Despite the high level of competition and recent dismal performance in Euro 2020, France is without a doubt the favorite to lift the trophy for the second time in a row.

They go into the competition as the defending champions having won it in 2018 in Russia after displaying great performances and a huge win in the finals against a formidable opponent in the shape of Croatia.

It will be a great challenge for France to clinch it back-to-back, a fete only managed by Brazil during Pele’s era way back in 1958 and 1962.

But records are meant to be matched or broken and France would be the perfect candidate to match this impressive record.

The French side boasts of great squad depth with the perfect blend of age/experience and individual talent who look like a team that could yet again go all the way.

The likes of Ngolo Kante and Paul Pogba established one of the best midfield partnerships across all the nations.

The presence of the PSG superstar Kylian Mbappe who is one of the best attackers in the world at the moment posing as a great threat with his searing pace, trickery, and maturity at a young age alongside lethal target men in the shape of Karim Benzema and Antoine Griezmann.

Despite their unlucky performance being bundled out in the round of 16 of the Euros by Switzerland, France is still a force to reckon with.

More: How to place a bet on Betwinner

After a dominant display that saw them win Euro 2020, Italy is definitely capable of lifting the upcoming World Cup as they did back in 2006. So far, Italy also looks like the most clinical, mature, and cohesive team.

Most Italian players are and still will be at their peak by the time the 2022 World Cup tournament starts. The Italians were on a 34-game unbeaten streak including the Euro 2020 final victory.

It is also worth noting they took out European giants in the shape of Belgium, Spain, and England to clinch the European crown.

Unlike their French counterparts, the Italians always look rock solid regardless of the squad combination that Mancini picks.

The squad has surprisingly great collective talent even without their star players present.

Brazil is also up there with France as they will be looking to add to its impressive five World Cup trophy haul. The Brazilians last tasted glory in the tournament two decades ago in 2002.

With the immense talent on their side, it is only a matter of time before they bag a sixth World Cup trophy.

PSG talisman and the world’s most expensive player, Neymar Jr. will be looking to lead his side to the finals given that the World Cup is the one major trophy that has eluded him in his illustrious career.

Besides Neymar, the Brazilian team is blessed with amazing first-team players like Casemiro, Marquinhos, Firmino, Richarlison, and Alison who consistently portray amazing performances at their respective clubs in the big European leagues.

They also possess amazing young skilled talents with the likes of Vinicius Jr. of Real Madrid showing great improvement and ability to perform at the highest level.

The heat and humidity of Qatar will only work in the Brazilians’ favor it is quite similar to what they experience back at home. With even nature on their side, they sure will be tough opponents for any other national team.

Who are the underdogs to watch out for in the 2022 World Cup?

As much as the big guns are expected to go far in the competition, some small teams might surprise the football world and become the ‘dark horses’.

The USA is one of the underdogs of the World Cup 2022 with a promising young team including Christian Pulisic, Weston Mckennie, and Sergino Dest leading the side.

The mentioned players have displayed great performances, maturity, and understanding in international friendlies and qualifiers.

Denmark made a huge statement in Euro 2022 by reaching the semi-finals even in the absence of their talisman Christian Eriksen.

The latter bowed out of the tournament earlier on after suffering a heart attack.

The Danes have shown a high level of experience in their squad with youngsters like Joakim Maehle and Mikkel Damsgaard proving they can play amazing football above their years of experience.

It will be great to see them again in Qatar hopefully with Christian Eriksen fully recovered and able to play football again.

Who will be the tournament’s wild cards?

Some teams are capable of anything, they can either perform so well and also be underwhelming.

Argentina is notorious for this despite having the best player on the planet as the captain with a slew of amazing talent beside him.

Inconsistency is almost second nature to this squad and the squad is always unbalanced in a bizarre way.

However, the Argentinians are potential tournament winners. They reached the finals in the 2014 World Cup.

I still wonder why this team has not lifted any trophy yet. For this reason, I’m not gonna go deeper in my analysis of the Belgian squad.

It is quite simple, they might have the most formidable squad of all but they are still going to disappoint in my opinion.

Croatia was impressive in the last World Cup tournament but the team has an aging squad. The Croatians might be a powerhouse but I think time will be their enemy.

Nevertheless, they will be a tough opponent for any other team that they will meet in the upcoming World Cup tournament.

The Netherlands seems like the huge surprise we might see in the World Cup. They have a balanced team with experience and also promising youngsters who should be at the top of their game by 2022.

With the return of Virgil Van Dijk from injury, The Netherlands’ defense should be rock-solid and the attack led by the menacing Memphis Depay should be the scourge of many defenders.

The Dutch team might surprise us by lifting the trophy and beating all the odds against them. Germany lost the final in Brazil in 2002 but they then won it 12 years later in 2014.

There seems to be a pattern here my people!

The Champion’s curse of the World Cup

Speaking of patterns and more superstition, for three World Cups running, the World Cup’s defending champions get knocked out in the group stages of the next competition. Will France break the curse?

Nobody knows what’s gonna really happen. Maybe an African team might pull a surprise and win it this time.

Surprises, analysis, and wild predictions are all part of the beautiful game, aren’t they?